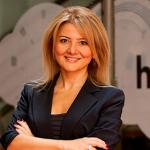 Dr. Pinar Artiran is a Faculty Member in Private International Law, WTO Chair Holder and Director of the Research Center for International Trade Law and Arbitration at Istanbul Bilgi University Faculty of Law. She initially practiced as an attorney in the field of international arbitration. She then undertook postgraduate studies on European Law at the College of Europe in Bruges, Belgium followed by doctoral studies at the European University Institute (EUI) in Florence, Italy where she completed her PhD on International Trade Law as a recipient of the grant awarded by the Italian Ministry of Foreign Affairs. She has worked for the Academy of European Law at the EUI and has spent periods as a visiting research scholar at the University of Michigan Law School in Ann Arbor, USA and as a trainee at the DG Internal Market of the European Commission in Brussels and as an intern at the Appellate Body Secretariat of the World Trade Organization (WTO) in Geneva. Her research and teaching interests lie in the fields of International Economic Law, International Investment Law, Arbitration and EU Competition and Trade Laws. Among other universities and colleges, she also taught as professor in the LL.M Programme on International Economic Law and Policy (IELPO) of University of Barcelona, as a senior fellow at The Melbourne Law Masters of Melbourne Law School and Professor at Master of International Economic Law at the University of Toulouse. Dr Artiran acted as the Academic Coordinator for the Regional Trade Policy Courses organised for government officials from Central and Eastern Europe, Central Asian and Caucasus Countries by the WTO between 2010-2015. She has been awarded the WTO Chair title by the WTO in May 2014. She is a member of the Society on International Economic Law, ELSA Moot Court Competition Academic Board, European Society of International Law, International Law Institute and Ankara Bar Association and she is also a Salzburg Global Seminar Fellow. She also coached the first Turkish team to participate in the ELSA Moot Court Competition on WTO Law where the Team representing Istanbul Bilgi University Faculty of Law completed the 15th Edition of the Competition in 2017 as the Winner of the European Regional Round in Kiev and also the Runner-Up of the Final Oral Rounds in Geneva.  She recently acted as a legal expert for the study on the revision of Turkey‐EU Customs Union agreement commissioned by the European Commission, provided a written evidence to the House of Lords of the UK Parliament and appeared before the Exiting the EU Committee of the House of Commons as an oral witness for the EU-Turkey Customs Union. The 2nd team that Dr Artiran is coaching At Istanbul Bilgi University has recently completed European Regional Round of the 16th Edition of ELSA Moot Court Competition on WTO Law as the Winner and is currently preparing for the Final Oral Rounds to take place in Geneva.

Established a library section for WTO related books and news

Inclusive Trade in Turkey: Legal and Economic Perspectives on Labour and Gender

Trade and Competition: Time to Embrace Complementarity and Interdependence