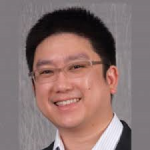 Michael worked in Allen & Gledhill before joining NUS. He then started the first World Trade Law course and helped negotiate Singapore's early FTAs. He has been a consultant to the Singapore Government, the World Bank and the WTO. Michael has taught government officials in Asia and Latin America trade law and corporate governance. He also assisted the Singapore Company Law Reform and Frameworks Committee in 2001 with a major overhaul of corporate law and in 2008 was appointed to a Working Group of the Steering Committee to review of the Companies Act. Michael volunteers with NGOs and co-founded aidha, an NGO which provides financial education and microfinance opportunities for domestic migrant workers. He was the Social Entrepreneur of the Year 2007. He received the Teaching Excellence Award in 2007 and 2009 and the Inspiring Mentor Award in 2009. In 2009, he was an Emile Noel Fellow at NYU.

Trade and the Environment

Working Meeting of the ASEAN Plus Three Emergency Rice Reserve