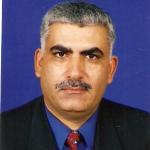 Professor of Economics, THE UNIVERSITY OF JORDAN

Taleb Awad Warrad is a Professor of International Economics and Econometrics at the Department of Business Economics-The University of Jordan. He has earned his PhD degree from Iowa State University, USA in December 1987. He served twice as a Chairman for the Department of Business Economics and as Director of Economic Observatory at UoJ. He authored and published numerous professional studies and several books in international trade, econometrics and macroeconomics. He worked as senior economist for GOIC. He was awarded the Shoman Prize for Young Arab Economists in 1995. He provided professional consultancy and conducted many research projects for several United Nation’s institutions including UNCTAD, WTO, World Bank, and ILO. Furthermore, he has initiated and coordinated academic cooperation agreements between his University (UoJ) and several respected International Institutions including UNCTAD, WTO, DAAD, European College and most recently WIPO.  In 2010, he was awarded the WTO-Chair. Currently, Professor Warrad is acting as Dean for the School of Business at the Middle East University (MEU).