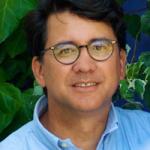 Ronald Saborío is a Partner at IDEAS Centre in Geneva and Professor of International Trade Law at Lead University in Costa Rica. A consultant in trade related public policy, he has worked for governments, the World Bank and enterprises.  He served as Ambassador of Costa Rica to the GATT and the WTO from 1992 to 2015. During this period, he participated in the negotiations of the Uruguay Round, the built-in agenda, the Singapore issues and the Doha Round, as well as in the ITA, TISA and AEG plurilateral negotiations. He was also part of negotiations of regional trade agreements. He chaired WTO regular and negotiating bodies (1998-2015) and has been the Chair of a number of WTO dispute settlement panels and arbitrations (1999-present). As the Ambassador of Costa Rica for the OECD from 2010 to 2015, he was responsible for the work leading to its accession process. He contributed in making international best practices a reference in the design of public policy in Costa Rica. He studied at the Faculty of Law, University of Costa Rica and the Graduate Institute of International and Development Studies in Geneva.