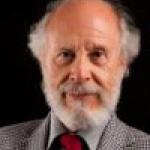 Giorgio Sacerdoti has a degree in Law from the University of  Milan (1965), a master of Comparative Law from Columbia Law School and was admitted to the Bar in 1969, and Supreme Court of Italy in1978. Currently he is a an Emeritus Professor of International Law  at Bocconi University and has been a Member of the Appellate Body of the World Trade Organization(WTO) in 2001-2009 and the Chairman in 2006-2007.
His research areas include: public international law; conflicts of law; european community law; international trade; foreign investment and dispute settlement; and  international contracts and commercial arbitration.
More information can be accessed here.