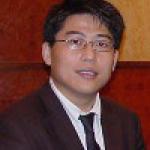 Prof. Henry Gao, Associate Professor of law at Singapore Management University; Dongfang Scholar Chair Professor at Shanghai Institute of Foreign Trade. With law degrees from three continents, he started his career as the first Chinese lawyer at the WTO Secretariat. Before moving to Singapore in late 2007, he taught law at University of Hong Kong, where he was also the Deputy Director of the East Asian International Economic Law and Policy Program. He has taught at the IELPO program in Barcelona and the Academy of International Trade Law in Macau, and was the Academic Coordinator to the first Asia-Pacific Regional Trade Policy Course officially sponsored by the WTO. Widely published on issues relating to China and WTO, he has advised many national governments as well as the WTO, World Bank, Asian Development Bank, APEC and ASEAN on trade issues.