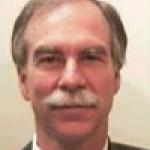 Richard Newfarmer works with the International Growth Centre as the Country Director for Rwanda, Uganda, and South Sudan.  The IGC is a joint venture of Oxford University and the London School of Economics, and provides independent, research-based policy analysis at the request of governments of selected low-income countries in Africa and Asia. He is also a Senior Fellow (non-resident) at the World Trade Institute in Bern, Switzerland and a Distinguished Researcher at the North-South Institute (Canada), and Member of Evian Group Brain Trust (Switzerland).  He consults with international organizations, including the World Bank, the Organization of Economic Cooperation and Development, and the International Trade Centre.  Recently, he co-authored “Trade and Employment in a Fast Changing World” for the OECD (2012), “Managing Aid for Trade and Development Results: the Case of Rwanda” (OECD 2013), and has been a principal author of World Bank reports on trade and competitiveness in Botswana (2012), Zimbabwe (2013) and Malawi (2014).  Prior to this, he was the World Bank’s Special Representative to the United Nations and World Trade Organization. Besides leading numerous country studies at the World Bank on trade, macroeconomics and public finance, Mr. Newfarmer has written on aid for trade, foreign direct investment, and development with publications in The World Economy, Cambridge Journal of Economics, Journal of Development Economics and Foreign Policy, among others. Mr. Newfarmer holds a PhD and two MAs from the University of Wisconsin, and BA (Highest Honors) from the University of California at Santa Cruz.